Posted on January 16, 2020 by bethechangebutterfly

Tonight I attended a networking event. I made quite a few connections that were very helpful with my current focus, which is me. I connected with business entrepreneurs from the health and wellness industry, the entertainment field, financing world, and marketing gurus. It got me to thinking that one truly can’t thrive on their own unless they build a helpful and supportive network.

Regardless of what you are trying to improve in your world, it must be done with a network behind you. Whether you are trying to lose weight, improve your skills in your career, build your own self-worth, or finish that project you’ve been working on; it can’t be done unless you get some help along the way.

I got some great tips and advice tonight and connected with individuals who are already running the path I’d like to move on. Meeting these people truly inspired me to keep doing what I’m doing. The event was fun and gave everyone there a place to meet and greet each other.

Life is a giant web of connections we need to appreciate. If you are ever given an opportunity to network with others, I highly suggest you take it. Your next connection can lead you towards a better you!

Posted on January 12, 2020 by bethechangebutterfly

Today this post is about finding me. I’ve spent most of my life seeking happiness elsewhere. I’ve bounced from one relationship to another over the years. I’ve sought approval and acceptance from others. I have poured myself into my studies and my career. I have bought clothes, jewelry, home decor, and other luxuries that amounted to stuff I hardly or never used and didn’t really need. These actions were taken in the pursuit of happiness and pure life fulfillment. In all of these, I have yet to find what I’ve been looking for. I’ve come to realize that happiness does not lay in anything else but within me.

However, what does that truly mean? I’m going to take the next year to focus on myself to find this answer. I’ll be documenting my journey to truly become the change I want to see in my world. You can follow my chronicles here as I embark on this adventure of living my life with a focus on finding me.

Posted on December 31, 2019 by bethechangebutterfly

You’ve got goals for the New Year. Every one usually does. This one is going to be different though because it will be 2020!

You will be writing 2020 every day for some reason or another. When you write it let the 2020 year remind you to maintain that 20-20 vision of your goals you set for yourself. Whether it be for weight loss, improve finances, better relationships, a new career, healthier living, or whatever your goal is, stay focused and unwavering.

Your vision of what you’d like to achieve in 2020 is a reflection of your deepest desires. At the end of the day it’s all about you and your happiness. There will be distractions and mishaps along the way. Don’t let any of that stop you. Most of these barriers are to help you move out of your comfort zone to let go of the old you so you can become the new you. Re-read that as many times as needed and let that sink in.

Make 2020 your year because you made it happen with your 20-20 vision towards your goals. Stay focused, be determined, and remain strong. 2020 is your time to shine!

New Eating Plan for the Mind

Posted on December 27, 2019 by bethechangebutterfly

For the New Year, here’s a new diet to follow:
Cut out all of the negative thoughts that make you feel undervalued. Avoid all negativities such as negative people and negative activities. If you feel the need to indulge in anything self-deprecating, only do it to find the lesson you need to learn and to discover the solution you need to act on.

Breakfast: Feed on a large portion of nutritious positive self-affirmations upon waking up.

Mid-Morning Mental Snack: Make a plate of reminders of how far you’ve come.

Lunch: Munch on a bowl full of gratitude.  This can be an endless amount.

Mid-Afternoon Mental Snack: Eat all the self-identified strengths you can consume.

Dinner: Prepare a large plate of Forgiveness. Forgive others but most of all; Forgive Yourself.

Bedtime Mental Snack: Cook up a review of all that you have accomplished today and thank yourself for  being determined and unstoppable. 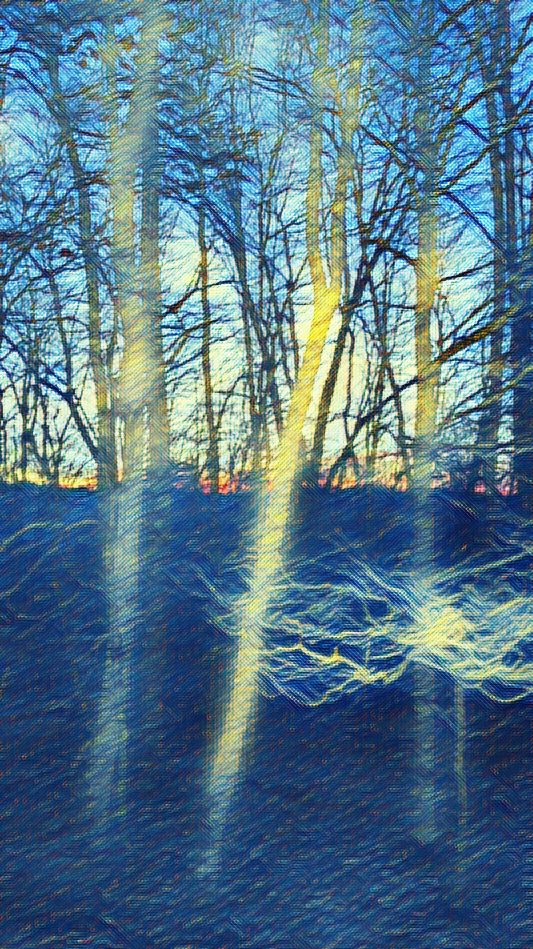 As the old year winds down and you welcome the new year let’s take a brief moment to review how you did over the last 365 days. Then as you reminisce, I dare you to imagine what if you did things differently. Would the outcome be the same, worse, or better for you? Well, you really won’t know since you can’t change the past.

However, the future is a wide open pasture waiting to be embarked on. Let the new year be different for you. Every little part of your routine can be done with a twist and as each of those little twists mount up you will be surprised on what you will find.

Embrace the alternative, the out of the norm, the unusual. Take on the New Year like you’ve never taken on a New Year before. Forget those New Year’s resolutions. Psst… most people give up on them anyway.

Instead, doing the same activity you’ve always done before but with a different twist can be something you may be willing to stick to. Especially if the outcome is more favorable than the ho-hum routine.

I’m not talking about reaching for that salad instead of that cupcake. However, if that is your goal, go for it! I’m talking about going a different way to work. Maybe instead of watching the same show, over and over, watch something you’d normally not watch. Perhaps, go to the theater instead of a movie. Walk instead of drive, weather permitting of course. Maybe hang out with different co-workers, order something different off the menu, read a book unlike you’ve never read before.

Expanding your usual to the unusual will give you different perspectives on things. It will give you something to talk about and it may broaden your horizons to something you never knew existed. This can be exciting and fun for you!

Welcome the New Year with open arms and do something out of the norm. You may be surprised on what you will discover. It just might be pleasantly different!

Aside | Posted on December 31, 2018 by bethechangebutterfly | Tagged 2019, Alternative Life, Be the Change, Embrace different, Happy New Year | Leave a comment

Posted on August 27, 2018 by bethechangebutterfly

This post is about being you. Embrace all the uniqueness and quirkiness that is you because that is who you are meant to be.

In my childhood, I wanted to fit in. I longed to be accepted and part of the “cool” crowd. Fast forward twenty-some plus years later and I’ve learned to embrace who I am.

Some things I’ve learned during my journey they call life:

2. The ones that criticize and judge you haven’t yet accepted themselves.

3. The world needs you exactly as you are because only you can give that particular sauce the world craves for.

4. It’s okay to be different. Who needs to wear a solid colored shirt all the same shade that everyone else is wearing when you can rock the differently, many hued print dress and make the room look fabulous just by your mere presence.

6. Surround yourself with those that accept you for you without judgment, complaint, or criticism. They’re the ones that deserve your shine.

7. Be open to accepting other’s differences because they too deserve to shine as much as you.

These are just some gems I’ve picked up along my journey.  I hope this post inspired you to be, well, you!

Posted in Be the Change, Be the Change Lifestyle | Tagged Be you, Embrace different, Love yourself, Unique | Leave a comment

Kickin’ It With Kale

Posted on October 23, 2016 by bethechangebutterfly

Ahhh, Kale.  That lovely green, cruciferous vegetable that has a flavor likened to Spinach and Cabbage mixed together.  It’s beautiful dark green leaves are full of healthy antioxidants and nutrient dense vitamins.  Kale is so versatile that it can be juiced, steamed, sautéed, added to soups, made into crackers and chips, and can even be fed to the family barker for an added boost of nutrition.

If you want to lower your cholesterol, you need kale.  Kale has been studied to significantly improve lipid levels.  You want to raise your antioxidant levels to fight cancer-related disorders ? Then reach for kale. It contains many cancer fighting antioxidants such as beta-carotene, lutein, and beneficial flavonoids.  Trying to maintain your good eye sight while warding off glaucoma? Then get some kale. It’s rich in lutein and zeaxanthin, which has been studied to maintain and improve eye health.   Worried about your diabetic glycemic intake?  No worries with kale since it’s low on the glycemic index.

Kale can be used in a wide variety of ways. 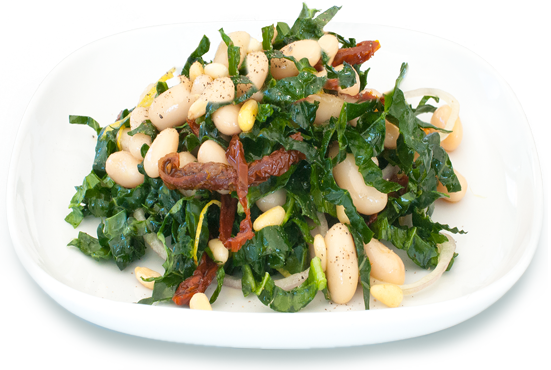 Fresh steamed kale seasoned with lemon juice, sea salt, and red pepper flakes is one of my favorite delights.  Add some navy beans or bacon bits and you got yourself a great meal!   Let’s not forget the kale and bean soup recipe here.

Get creative and use kale pulp from juicing to make kale crackers.  Try the classic and super easy to make kale chips to snack on during movie night in lieu of popcorn.  And if you don’t like the taste of kale, just simply juice it and mask the taste with an apple or a carrot.  Trust me, you won’t even taste the kale but you will reap the benefits from it.

Oh and don’t forget our family barker.  The rule with feeding your furry friends non-commercialized foods is moderation and rotation. Check  out this easy kale chip recipe here for your four-legged friend.

Kale is King among the vegetables and can add a wide variety of benefits to any eating plan.  Whether you are looking to increase your antioxidant intake or just wanting to maintain your already healthy physique, grab some kale.  You won’t be disappointed.